Share a memory
Obituary & Services
Tribute Wall
Read more about the life story of Harry and share your memory.

Harry P. Argeropoulos, 91, died early Friday morning  February 12, 2021  in the Kaplan Family Hospice House in Danvers after a brief illness.  Born in Ipswich on  October 4, 1929  he was the son of the late Peter and Panagiota (Drompares) Argeropoulos.

Mr. Argeropoulos was a life long and active member of the Assumption of the Virgin Mary Greek Orthodox Church in Ipswich.   Raised and educated in Ipswich he joined the Army in 1948 serving many years in Germany where he was stationed for the majority of his 22 year career.  Mr. Argeropoulos was also deployed to Korea and later Vietnam, he was honorably discharged in 1970.  Upon his retirement from the Army he returned to Ipswich where he was active in several local veterans’ groups until his passing.  He was a member and Past Commander of both the V.F.W. Post# 1093 and the American Legion Post#  80, both of Ipswich.    For many years he could be seen standing at his post every year at Shaw’s during the American Legion annual Poppy drive.  He was a very active member of his church, he served as a church sexton for over 20 years.  Mr. Argeropoulos was also an active member of the Ipswich Little League as an umpire for over 20 years. For more than 15 years Mr. Argeropoulos helped at the Morris Funeral Home in Ipswich as a funeral attendant.

Due to the pandemic a private service for Mr. Argeropoulos will be held in the Assumption of the Virgin Mary Greek Orthodox Church in Ipswich.  Burial with full military honors will be accorded him at the Cowles Memorial Cemetery in Ipswich.  There will be no visiting hours.  In lieu of flowers please make a donation in Mr. Argeropoulos’ name to:  the Greek Orthodox Church of Ipswich  P.O. Box 6  Ipswich, MA  01938.  Arrangements are under the direction of the Morris Funeral Home of Ipswich.  To send a condolence to the Argeropoulos family please go to:   MorrisFH.com .

To send flowers to the family or plant a tree in memory of Harry P. Argeropoulos, please visit our floral store. 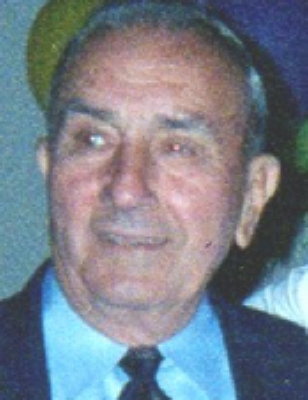