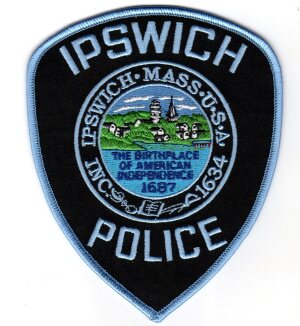 Born in Melrose to Eleanor Batchelder and James Walter Souter Sr. of Massachusetts. He was the youngest of their three children.

He graduated from Ipswich High School in the class of 1955 before attending North Shore Community college where he graduated with an associate's degree. James joined the Ipswich Police department in 1971, where he was an officer for 22 years. He was forced to retire from the police department following a heart attack in February of 1992 at the age of 55.

Helping others was always a huge part of his life, and that didn't stop when he retired from police work. James worked as a Ranger at Crane's Beach for 18 years. He retired in 2013 at the age of 76. He loved his community and he could not go anywhere in the country without running into someone who knew him. During one family trip to Disney World in Florida, he ran into an Ipswich family that he knew while exploring the Magic Kingdom. A true child at heart, he visited the Dairy Queen on High Street as often as he could get away with, using his grandchildren as scapegoats when we all knew it was his idea. He prided himself in being the house that gave out king size candy bars on trick or treat, and his Christmas reindeer display was loved by the whole neighborhood. He had a deep love of motorcycles, and was the President of the Blue Knights of Massachusetts Chapter 5. He enjoyed many cross country motorcycle trips with his wife Mary and his friends from the Blue Knights, which took him from coast to coast. He put over 2000 miles on his Honda Goldwing motorcycle in just 11 days on a trip to Nova Scotia. A fan of John Wayne movies and country dancing, he often sported snake skin cowboy boots and a bolo tie on special occasions.

He is survived by his wife Mary, their daughters Christine and Charlene, and his four grandchildren, Cassandra, Victoria, Gianna, and Samuel. He also leaves behind his estranged first wife, their two sons, and their families.

In accordance to his last wishes, his cremains will be spread at the family lake house in Windsor Maine where he loved to spend his free time. Visiting hours will be Sunday  August 21st. from 1:00 to 4:00 P.M. at the Morris Funeral Home  45 North Main Street, Ipswich for his Family and Close friends. In lieu of flowers, donations can be made to the Blueberry Hill Rehabilitation and Health Care Center  75 Brimball Avenue  Beverly, MA  01915 where he spent his last few years, lovingly cared for by all of their staff.  To send a letter of condolence to Jim’s family please go to:  MorrisFH.com .

To send flowers to the family or plant a tree in memory of James Walter Souter, Jr., please visit our floral store.

A Memorial Tree was planted for James

Join in honoring their life - plant a memorial tree