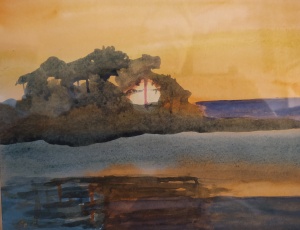 James Edward Teele , husband of Ann (Skendall) Teele, succumbed to cancer on 4-12-21 at the age of 94. He died at home in the presence of family.  Because of good medical and nursing care, a great attitude, and an abundance of prayers, he bore his illness with dignity, surpassing all expectations for survival after diagnosis.  He was born 3-29-27 to the late Joseph Cephus and Bessie (Scott) Teele in Richmond, VA, the sixth of nine children in a close family.  He grew up there and was educated in public schools.  Subsequently he earned a B.A. at Virginia Union University, and his M.A. and Ph.D. in sociology at New York University. He enjoyed a gratifying career in academic settings, teaching and conducting research at Harvard University School of Public Health and School of Education, and at Boston University in the department of sociology, where he was a former chairperson, and at the African American Studies Center.  He also had close ties to the University of Aberdeen, Scotland, where he and his family spent a sabbatical year in 1977-1978. He treasured his students, undergraduate and graduate, and reveled in their successes and career achievements.  One of his advisees (Anthony) became akin to extended family. All of his life he was committed to social justice, and was active in Operation Exodus, a school desegregation program in Boston.  He served on various private foundations and governmental committees, and was an invited participant in the last White House Conference on Children and Youth in 1970 under President Nixon.

He served his country in the US Army during the Korean War, two years active duty and four years reserve duty, and relished discussion of his army experiences in later life.  He trained for Korea at Fort Leonard Wood, MO. He was ready and waiting for combat.  Instead his superiors assigned him to France, because of previous travel and study there, and his acquaintance with the French language and culture. He was assigned to an engineering battalion tasked with building a base and supply route in the Verdun area.  President Truman feared that the Russians were using Korea as a diversionary tactic while planning to invade Europe through Germany.  Most of his Army experiences were positive, barring enormous poisonous snakes during training in the Ozarks, and living in tents in the French forest in bitter weather before barracks were constructed. He had trained in intelligence and was the intelligence officer for his battalion and an order of battle specialist.  He was also in charge of maintaining good relations with the local population, and ever the genial host, organized a huge party for the entire city of Verdun!  He enjoyed having his own jeep and driver.  And remarkably, in spite of a wandering eye condition, he was an excellent marksman. He appreciated that the army was a democratic, mostly merit based institution.  While still segregated, it was a sharp contrast to having to sit on the back of the bus in Virginia.  He was honorably discharged with the rank of Sergeant First Class, and was invited to make the military his career.  After mulling over his options, which included the ministry as he had already been accepted to the University of Edinburgh,Scotland,  to study theology, he chose the lectern over the pulpit and determined to pursue a graduate studies in sociology.

When he retired from academia he turned to art, immersing himself in the study of watercolor painting. He took courses at the Museum of Fine Arts in Boston and worked with a private tutor who was a retired MFA faculty member. Several local artists encouraged and generously mentored him. He exhibited his work in various venues in Massachusetts and Maine, including an annual series of solo shows at the Hall Haskell House in Ipswich.

In addition, to Ann, his soul mate for over 55 years, he leaves their children, Lisa Margaret Teele of Ipswich and Theodore Scott Teele of Concord, NH.  He was also the father of Michelle Winston of VA, and a caring grandfather to Monica (Teele) Reynolds of NH and Quincy Roberts of MD.  He is survived by his identical twin sisters, Francella Press of MD and Frances Hayes of Richmond, VA.  He was predeceased by his siblings Alma Whittaker, Joseph C. Teele, Jr., Ruth Gayles, and Theodore, Peter, and Kearney Teele. He is also survived by his sisters-in-law Patricia Bernot (Edward) of PA, and Mary Mahoney (Kevin)  of Winthrop, MA, and brother-in-law John F. Skendall (Jan) of PA.  He was blessed with five great grandchildren and a host of nieces and nephews.  They include four special godchildren:  nieces Kerrie Ann Gottschall of NC and Lynette Bernot of TX, and nephews John Paul Bernot, MD, of NC, and Kevin Sean Mahoney of Winthrop, MA.

James loved his family, wonderful friends, neighbors, and former colleagues; his country;  Ipswich, his adopted hometown of 52 years; and above all, Jesus.  He was most proud of his offspring, his paintings, and publications, and he was a passionate reader, with a lifelong interest in history and baseball, from the Negro Leagues to the present.  He would want us to extend heartfelt thanks to his providers from Care Dimensions, especially to Ana, Moses, and Kevin, and to all those who assisted him since August of 2019.  The Ipswich Public Library was almost a second home as he visited there regularly right up to his death; Laura and Joe took very good care of his literary needs. The First Church in Ipswich was his spiritual home, as Rev. Dr. Rebecca Pugh‘s influence culminated in his leaving the Presbyterian Church.  Finally, we must mention Bill Wasserman, founder of two  newspapers, currently The Ipswich Local News, that were a vital connection to local and not so local affairs, and who was a source of great friendship.  Should anyone be inclined to make a memorial contribution, they might consider the above entities.

A funeral service will be held Monday  April 26th. at  1:00 P.M.  at the First Church of Ipswich  1 Meeting House Green, Ipswich, relatives and friends are respectfully invited.  Due to the pandemic precautions a certain number of people will be allowed in the Church for the service.  All who attend must follow pandemic precautions of:  facial coverings must be worn, social distancing must be observed and no one is to come into physical contact with the family.  A burial with full military honors will follow the funeral in the Cowles Memorial Cemetery  29 Town Farm Road, Ipswich.  There will be no visiting hours.  Assisting the Teele family is the Morris Funeral Home of Ipswich.  To send a letter of condolence to the family please visit:  MorrisFH.com .

To send flowers to the family or plant a tree in memory of James Edward Teele, please visit our floral store.