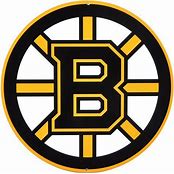 Our hearts are heavy with the passing of Kevin, he fought a brave battle all his life and never complained.  He had many medical issues but never felt sorry for himself, always upbeat and smiling.  He was loved and brought such joy to so many.

Kevin was a graduate of Ipswich High School, Class of 1979.  He was employed out of High School with Varian Associates in Gloucester as a skilled Electrical Assembler.  He took these skills back to his hometown of Ipswich and was employed by Dalton Electric for many years.  Kevin was about as avid as a Boston sports fan as one can be.  First and foremost though was his beloved Boston Bruins.  He followed them religiously form the early 70s when they won two Stanley Cups.  His support never waivered throughout the years regardless of their win loss record.  Kevin was a better than average Candlepin bowler having bowled in the Mens Monday Bowling League for many years.  He played in the Over 30 Softball League for some years in the 80s and 90s.

Kevin will forever be remembered as a kind and gentle soul who deeply loved his siblings and many nieces and nephews.

He spent a happy 8 months at Benchmark Putnam Farm Assisted Living in Danvers.  Our thanks to all his new friends and staff who welcomed him and who he cared for so much.

Special thanks to all “his girls” at Fresenius Kidney Care in Beverly.

Kevin is survived by his sister  Nancy Saco and his brother  Keith Pierce both of Ipswich and many nieces and nephews.  He was also predeceased by his brother Raymond F. Pierce.

Visiting hours will be held Wednesday  September 28th.  from 5:00 to 7:00 P.M. in the Morris Funeral Home  45 North Main Street, Ipswich, relatives and friends are respectfully invited.  Burial in the family lot in Cowles Memorial Cemetery in Ipswich will be private.  In lieu of flowers the family requests contributions be made to:  the National Kidney Foundation, Inc.  30 East 33rd. Street  New York, NY  10016  or via e-mail to:  info@kidney.org.  The family also asks that you consider becoming an organ donor, Kevin was able to live a fuller life for 43 years after receiving a donated kidney, the gift of life!  To send a letter of condolence to Kevin’s family please go to:  MorrisFH.com .

To send flowers to the family or plant a tree in memory of Kevin C. Pierce, please visit our floral store.