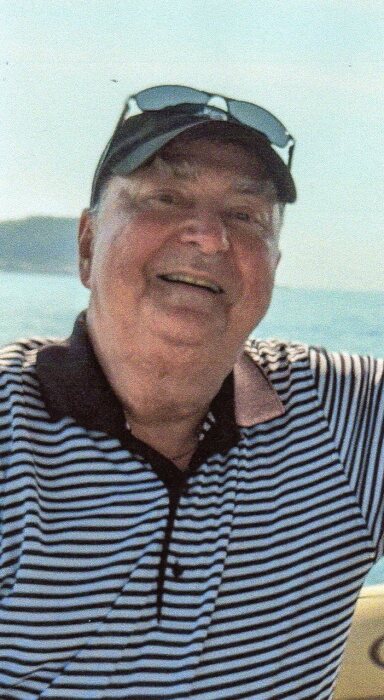 Louis “Lou” J. Malaquias passed away on Friday, April 9, 2021, surrounded by his loving family. He courageously fought, but unfortunately succumbed to Extramedullary Multiple Myeloma Cancer. Lou was born in Gloucester, on November 8, 1947. He is the son of the late John and Theresa (Mallette) Malaquias. He attended St. Ann’s Parochial School in Gloucester and graduated in 1966. Lou then went on to study Science and Biochemistry at Highland’s University in New Mexico; he then transferred to and graduated from Suffolk University, earning his bachelor’s of science degree. He was also a lieutenant in the Massachusetts National Guard.

Lou was well known and respected in the seafood industry, beginning in quality control and culminating in the sourcing and selling of seafood. He worked at Caribou Fisheries, was President of Fortune Seas Ltd., and then went on to open his own company, Ipswich Bay Seafoods.

Lou was blessed to have had a wonderful marriage to his devoted wife Nancy (Figurido). They were one month shy of celebrating their 50th wedding anniversary. In addition to his loving wife, he is survived by his daughter, Nicole Dziadose and her husband Jeremy (Ipswich), and his sons, Brian Malaquias (Beverly), and Jason Malaquias and his wife Emily (Bellingham). Lou adored and spoiled his grandchildren; Jaclyn and Brandon Dziadose, Emily and Benjamin Malaquias, and Coral Malaquias. Family was Lou’s greatest treasure! He made you a better person, he was your biggest fan, and he pushed you to be your very best.

Lou is survived by his siblings: Joanne Oliver, Donna Merchant, Richard Malaquias, and Peter Malaquias, and many nieces and nephews. Lou was predeceased by his brother, Jack Malaquias.

Music was a huge part of Lou’s life, and he nurtured this love in his children and grandchildren! In his early years, Lou was a member of the St. Ann’s Boys Choir and a drummer in the St. Ann’s Drum & Bugle Corp. In his adult life, he was the drummer in the New Horizons Band. He loved listening and singing to all different types of music, but most especially the Beatles. There were many holiday parties and get-togethers at Lou and Nancy’s home, where music and laughter were celebrated!

Lou was a sports enthusiast and shared that passion with his children, too. He enjoyed playing basketball, tennis, and racketball and later, as an avid golfer, he enjoyed playing with his family and friends. For over a decade, Lou spearheaded the Bruce Figurido Golfing Tournaments. The proceeds were donated to the Multiple Myeloma Research Foundation in his brother-in-law’s name. He loved watching the Boston Celtics when they dominated in the 80s and has been a huge Patriots fan over the years.

Another passion Lou thoroughly enjoyed was boating! He loved taking family and friends out for a day on the water. Lou was adventurous and loved boating out of Ipswich, Newburyport, Essex, Beverly, Boston and as far south as Cape Cod.

Lou and Nancy enjoyed traveling and seeing the world: Bermuda, Hawaii, the Fjords of Norway, Canada, England, Italy, Spain, the Caribbean, Costa Rica, Belize, the Panama Canal, and the land of their heritage, Portugal. They also loved their time each summer on the Cape in Falmouth.

Lou was very giving with his time. He was a CCD teacher and lector for many years at the former St. Joseph’s Church, now Our Lady of Hope. He helped many students with their schoolwork, especially with science and math. He also coached his son’s youth basketball team. Most importantly, he saved four people’s lives! Three of whom he performed the Heimlich maneuver and one with mouth-to-mouth resuscitation.

In lieu of flowers, a memorial contribution can be made in Lou’s name to the Multiple Myeloma Research Foundation, 383 Main Ave, 5th Floor, Norwalk, CT 06851 or on the:  themmrf.org website.

Due to the covid pandemic a private funeral Mass will be celebrated at Our Lady of Hope Catholic Church in Ipswich.  Burial will be private as well.  Assisting the Malaquias family is the Morris Funeral Home of Ipswich.  To send a letter of condolence to the family please go to:  MorrisFH.com .

A service summary is not available

Plant a tree in memory of Louis "Lou" J. Malaquias
An environmentally-friendly option

Plant a tree in memory of Louis "Lou" J. Malaquias

Nancy,
I am so sorry for the loss of your husband. You and your family are in my prayers!  May God Bless all of you during your time of grief.

A Memorial Tree was ordered in memory of Louis "Lou" J. Malaquias by Maria, Dean and Robert Joseph Alves .  Plant a Tree

I never had the privilege of meeting Lou. However, I have been lucky enough to play music with his son Peter around Cape Ann. Peter has had such a positive impact on me and other musicians in Gloucester’s community. I’m grateful that Lou has raised such an amazing family who contribute so much to Cape Ann’s culture.

Dear Nancy and family,
We share your sadness as you remember Lou. I loved him like a brother and he will never be forgotten. Our thoughts and prayers are with you. RIP my friend.
Mark and Joanne Erhartic 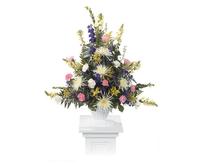 MONET'S GARDEN BASKET was purchased for the family of Louis "Lou" J. Malaquias by Mark and Joanne Erhartic.  Send flowers

A tree was also planted in memory of Louis "Lou" J. Malaquias.

Plant a tree in memory of Louis "Lou" J. Malaquias