Share a memory
Obituary & Services
Tribute Wall
Read more about the life story of M. Jane and share your memory.

South Hamilton - M. Jane (Pariseau) Fraser, 89, wife of the late Wilfred H. “Bonhomme” Fraser, died early Tuesday morning, December 20, 2022, in a local nursing home after a long illness with family by her side. Born in Beverly on July 19, 1933, she was the daughter of the late Leo and Grace (Melanson) Pariseau.

Jane was a life-long resident of Hamilton, of which she was very proud. She was a graduate of Hamilton High School as a member of the Class of 1951, and later a graduate of the Burdett School in Lynn. On a blind date, she would meet the love of her life, Wilfred H. Fraser of Salem, known by all as “Bonhomme.” They would be married at the Church of St. Paul in Hamilton on May 30, 1954. Jane and Bonhomme would start their family with two children in Salem but, with the untimely death of her father, they would move to her childhood home in Hamilton to help her mother and raise her own, growing family. Once living in Hamilton, her family increased with the births of three more children. Jane loved living in her home, which had been totally remodeled over the years by her husband, as well as taking walks in the nearby wood and going downtown to see friendly faces.  She enjoyed going to craft fairs and antique stores as a way of adding to her ever-growing knick-knack collection. Jane was an exceptional cook and baker and had a love for ice cream. She would remain in her childhood home for the next 67 years until six months ago when she was in need of more care. Jane was predeceased by her beloved Bonhomme on September 24, 1983.

Jane is survived by her five children and their spouses: Michael and Betty Fraser of Revere; Cathy and Jim Cook of Salem, NH; Robin and John Morris of Ipswich; Joel Fraser and Christina Cormier of Guilford, NH; and Tracy and Cliff Alves of Gloucester. Jane was very proud of her nine grandchildren: Holly and Joe Servizio of Groveland; Allyson and Keith Williams of Hudson, NH; Emily Cook and her fiancé Joshua Tannenbaum of Salem, NH; Ashley Morris of Orlando, FL; Robert Morris of Ipswich; Kathryn Morris of Ipswich; Seana and Marcus Gray of Kennebunk, ME; Samantha Fraser and her companion Shawn Woodbury of Stratford, NH; and Gunner Alves of Gloucester. She is survived by her seven great-grandchildren: Dominic and Gabriel Servizio; Bryn, Teddie, and Austen Williams; and Roman and Wesley Gray. Jane is also survived by many nieces and nephews. She was recently predeceased by her very close sister Janet Henley, formerly of Hamilton, as well as her daughter-in-law Diane (Gauthier) Fraser over 10 years ago.

A Mass of Christian Burial will be celebrated Friday, January 6, 2023 at 9:00 A.M. at the Church of St. Paul, 50 Union Street in South Hamilton. A burial will follow in the Hamilton Cemetery, 623 Bay Road in Hamilton.

Visiting hours will be Thursday, January 5th from 4:00 to 7:00 P.M. at the Morris Funeral Home, 45 North Main Street in Ipswich. Relatives and friends are respectfully invited. In lieu of flowers, the family kindly asks that you make a donation in Jane’s name to: The Alzheimer’s Association, www.alz.org.  To leave a letter of condolence to the Fraser family, please go to: MorrisFH.com

To send flowers to the family or plant a tree in memory of M. Jane (Pariseau) Fraser, please visit our floral store. 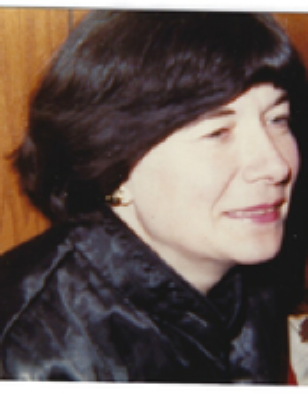