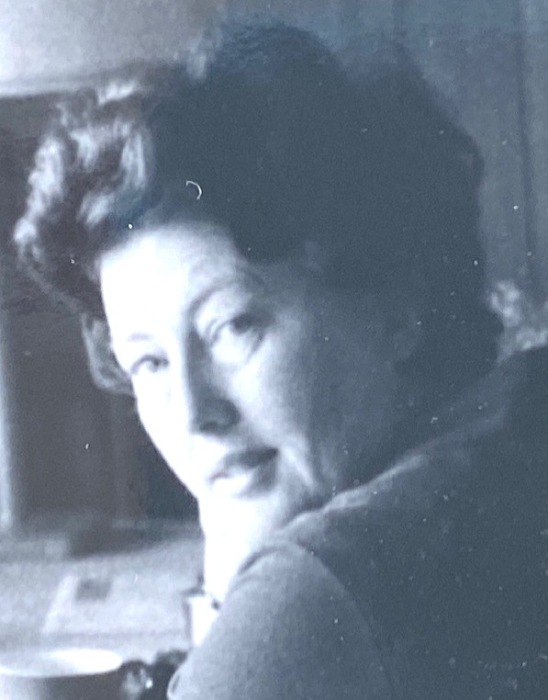 Mary Cunningham Dort died peacefully at her home in Ipswich on March 24, 2021 after a brief illness.  She was 90 years old.  Born in Ipswich on  November 8, 1930, she was the daughter of James E. and Edith J. (O’Connell) Cunningham.  She was the widow of Charles W. Dort, II.

Both she and her husband were lifelong residents of Ipswich.  Mary attended local schools and graduated Ipswich High School, Class of 1948.  She attended The University of Massachusetts at Amherst, but left after two years to marry.

After raising her children she returned to school, earning an Associates Degree in Occupational Therapy from North Shore Community College.  She subsequently worked for seventeen years on the Mental Health Unit at Salem Hospital.

Mary and Charles travelled to Europe a number of times, first as sponsors of ski trips for high school students to the Italian, French and Swiss Alps.  Later they travelled more extensively in Europe and Hawaii with their oldest friends, Herbert and Charlotte Wild of Ipswich.  Mary read voraciously and the love of reading was something she passed on to all her children.  She had a special fondness for reading cookbooks, of which she had a large collection.  But, her most abiding loves were her family and home.  She in turn was cherished by her family and many friends.  Mary was a lifelong Democrat.  She had a lovely voice and a sharp wit.

Mary is survived by her children:  Charles W. Dort, III and Anne E. Francis, both of Ipswich.  Christopher and Leticia Dort of St. Petersburg, FL, Peter and Paula Dort of Plainville, MA.  A brother, James E. Cunningham, Jr. and his wife Carole, of Londonderry, NH.  Her grandchildren:  Charles Francis of Providence, RI, Marc and Caitlin Francis of Dorchester, Jason and Melissa Dort and Meghan Dort and Robert Deins of St. Petersburg, FL, Bryce Dort of Quincy and Olivia Dort of Plainville, Ben and Christy Huggins of San Mateo, CA, Lucas Huggins and Charley Howe of West Paris, ME.  Mary was predeceased by her husband Charles, a daughter Ann Conway of Newburyport, a son-in-law  Donald Francis of Ipswich, a sister Edith F. Blodgett of Peabody and a brother Richard T. Cunningham of Danvers.

A graveside service is planned for a later date.  All those wishing to make a donation in Mary’s name may do so to:  Care Dimensions Hospice Care  75 Sylvan Street  Suite B-102  Danvers, MA  01923.  Assisting the Dort family is the Morris Funeral Home of Ipswich.  To send a letter of condolence to Mary’s family please go to:  MorrisFH.com .

Plant a tree in memory of Mary by clicking here.
To send flowers to Mary's family, please visit our floral store.

Plant a tree in memory of Mary
An environmentally-friendly option

Plant a tree in memory of Mary

2 trees planted in memory of Mary

I remember going to the Skytop house often as a kid. Your mom was so nice and always laughing! My parents and I went to Zermat with them in 1983. It was wonderful! I'm so sorry for your loss.
Cindy Ferguson and Doug Lang

A Memorial Tree was ordered in memory of Mary Cunningham Dort by Cindy Ferguson and Doug Lang.  Plant a Tree

A Memorial Tree was planted for Mary Cunningham Dort

Plant a tree in memory of Mary