Share a memory
Obituary & Services
Tribute Wall
Read more about the life story of "Pat" and share your memory.

“Pat” Marion Patricia Martin Manning was born in Gabriels, NY to Douglass and Abbie (Boswell) Martin on November 26, 1927.  Gabriels is a small farming community in the Adirondacks.  Pat’s father was a lifelong resident of Gabriels.  Her mother Abbie was born in West Peru, NY and came to Gabriels upon her marriage to Douglass Martin.

Pat attended public school graduating high school from St. John’s Academy, in Plattsburg, NY.  She graduated from Plattsburg State Teachers College; then accepted a teaching position in Norwich, NY, where she taught in the intermediate grades.

It was in Norwich, NY, where Pat met her future husband “Bill” William James Manning, who was managing a store for the F.W. Woolworth Company. They were married at the Church of the Assumption, in Gabriels, NY on July 9, 1955, and later moved to Norwalk, Connecticut.

Bill was transferred to Ipswich, MA in 1956, where he managed the F.W. Woolworth store for 34 years, until his retirement.  They raised seven children, Mary, Douglas, Michael, John, Catherine, Joseph, and Anne.

Pat was very active in her church and community.  She served on the Ipswich School Committee for many years.  She was also a member of the St. Joseph Church’s Ladies Auxiliary, (now Our Lady of Hope Catholic Church); and, for many years did volunteer work with the Sisters of Notre Dame.

Pat was pre-deceased by her husband Bill in 2014, and her sons Michael, John, Joseph, and her grandson Mark Manning.

The funeral Mass will be held at 10 am on Wednesday, January 4, 2023 at Our Lady of Hope Catholic Church in Ipswich, MA; followed by the burial service at the Cowles Memorial Veterans Cemetery, in Ipswich. Pat requests that you remember her in your prayers. Charitable contributions may be made in Pat’s memory to the charity of your choice.  To send a condolence to the Manning family please go to:  MorrisFH.com .

To send flowers to the family or plant a tree in memory of "Pat" Manning, please visit our floral store. 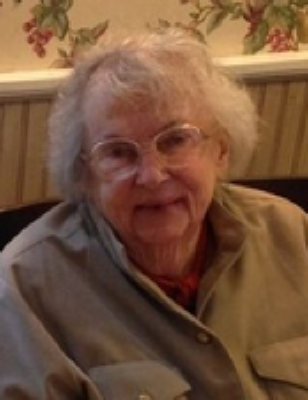