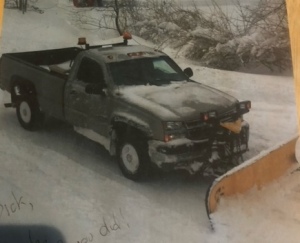 Our family and community sadly lost a great man on Friday  January 14,  2022  when Richard Joseph Caram, Sr., 79, of Rowley, MA, passed away peacefully.

Richard (Dick), was born and raised in Lawrence, MA, went to the Essex Agricultural School, graduating in 1960 and received his associates degree in the Stockbridge division in Agricultural, at the University of UMass Amherst. He had worked many jobs earlier in life, where he then found his passion in Landscaping and snow plowing, which he worked for 35 years.  His work ethic was unmatched and remarkable. He was one of the best snow plow drivers to ever hit the roads in a snow storm. Richard spent time hauling horse-trailers for his daughter’s 4H-Club and 7 years working for the Town of Rowley before he retired. Richard and his wife Eileen spent 4 winters together in their Ft. Myers, FL home with many friends and lots of laughs. He spent his last two years at Seaview Nursing home, Rowley, MA, where he was very well cared for.

Richard’s children are thankful for his guidance and mentorship. He was an incredible, stable father figure, so stable he is remembered for his early bedtime routine, 5:30pm!  He spent many mornings having coffee with his best friend, Dave Peterson and friends at local restaurants such as Simard’s, the Agawam Diner and Theo’s. He was known for his early morning, 5:00 am oatmeal requests and lunchtime, 9:30 am tuna fish sandwiches. He will be remembered by his famous last words “too late”, after telling him to have a good morning.

In addition to his beloved wife of 54 years, Eileen (Picky) Caram, he is survived by their five children: David Caram of Wakefield, NH, Jason Caram and his wife April of Rowley, MA, Rachel Anderson and her husband Mark of Rowley, MA, Richard Jr.Caram and his wife Alison of Rowley, MA and Danielle Chabot and her husband Bryan of Groveland, MA.  His sister Jean Dolan and husband Paul of Methuen, MA, his two brothers-in-law, Michael Surpitski and his wife Linda of North Ft. Myers, FL and Paul Surpitski and his wife May of Ipswich, MA,  his twelve grandchildren, three great-grandchildren and many nieces and nephews.

He was preceded in the passing of his mother, Beatrice Koerner, step father Artie Koerner, and father, Joseph Caram.

“My love of my life. I am going to miss your smile, your humor, your love for me, love of your children, grandchildren and great grandchildren. Thank you for helping me raise our beautiful children. Rest in Peace my love.”

In order to respect Richard’s wishes, the family will not be offering services.  Assisting Richard’s family is the Morris Funeral Home of Ipswich.  To send a letter of condolence to the family please go to:  MorrisFH.com .

To send flowers to the family or plant a tree in memory of Richard J. Caram, Sr., please visit our floral store.