Share a memory
Obituary & Services
Tribute Wall
Read more about the life story of Richard and share your memory.

Richard G. "Dick" Foley, 75, of Ipswich, died Thursday, Dec. 22, 2022, at Lahey Hospital in Burlington after a period of declining health. He was recently diagnosed with AL Amyloidosis.

Richard was born on Oct. 18, 1947 at Beverly Hospital to Frederick C. Jr. and Margaret C. (Accomando) Foley. He grew up in Beverly, and graduated from Beverly High School in 1965. He took great pride in being a member of the 1964 undefeated Beverly Panthers football team, where he wore the number 37 jersey. He and his teammates were inducted into the Beverly High School Athletic Hall of Fame.

Richard received bachelor's and master's degrees from Salem State College. He worked for 39 years for the Beverly School System as a seventh-grade math teacher.

In 1979, he married Priscilla L. Prest of Beverly. The couple settled in Ipswich, where they raised two daughters. They were parishioners of Our Lady of Hope, where Richard regularly volunteered as an usher for the 9 a.m. Sunday Mass.

Richard enjoyed putting together jigsaw puzzles, doing outdoor work no matter the season, watching Red Sox and WooSox baseball, and watching PBS mysteries, as well as episodes of The Lawrence Welk Show. He enjoyed skiing, snowshoeing, golfing and attending live theater. He enjoyed spending summers at Crane Beach and Hampton Beach. Prior to his illness, Richard was an avid walker, including completing a virtual walk, with his wife, of the Massachusetts border during the first year of the COVID-19 pandemic. At the time of his death, he enjoyed being Gramps to his two grandsons.

He was predeceased by his parents, sister-in-law Catherine Foley, and mother- and father-in­ law Frances B. and William H. Prest Sr.

A funeral for Richard will be held Friday, Dec. 30, at Our Lady of Hope Church in Ipswich. The service will begin at 11 a.m. Respects can be paid from 10 to 11 a.m. before the service at the church. Burial will follow at St. Mary's Cemetery in Beverly. Following the burial, a reception will be held at Danversport, 161 Elliott St., Danvers.In lieu of flowers, donations may be made to Our Lady of Hope Church, 1 Pineswamp Road, Ipswich, MA 01938 or the Boston University School of Medicine, Amyloid Research Fund, 72 East Concord Street, K-503, Boston, MA 02118.  Arrangements are under the direction of the Morris Funeral Home of Ipswich.  To send a letter of condolence to the Foley family please go to:  MorrisFH.com .

To send flowers to the family or plant a tree in memory of Richard G. "Dick" Foley, please visit our floral store. 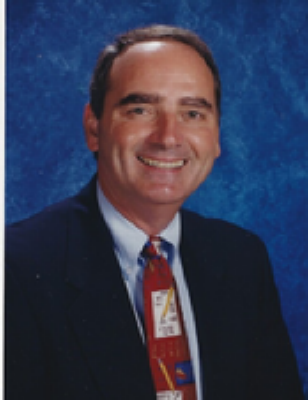