Share a memory
Obituary & Services
Tribute Wall
Read more about the life story of Roland and share your memory.

Roland was a member of the former St. Stanislaus Catholic Church and Our Lady of Hope, both of Ipswich. He attended the St. Alphonse School in Beverly for 2 years and later the St. Mary’s School also in Beverly for 2 years as well. He attended Briscoe Junior High School in Beverly and was a graduate of Beverly High School, Class of 1941. Roland served in the Navy from October 1942 until his retirement in July 1963 at the rank of Chief Petty Officer. He was a veteran of: World War II, the Korean War, and the Vietnam conflict.

Roland is survived by Edna Fryburg of Gorham, Maine; Jacky Poirier of Albany, New Hampshire; Philip Pelletier and Elena Poirier of Rochester, New Hampshire. Roland was predeceased by his parents, and his brother Richard and his wife Lucille, both of Ipswich.

Roalnd sold the family home and moved to Cable Gardens where he lived until May 2021. On the advice of his doctor, he moved to New Hampshire to live with his cousin, Philip and his family. He spent the last year and a half living comfortably at 7A Silver Street in Rochester, New Hampshire. He made multiple trips to Ipswich to visit friends at the Council on Aging, his family plot, and his favorite golf course.

A Mass of Christian Burial will be celebrated Wednesday, December 28th at 10 a.m. at Our Lady of Hope Catholic Church located at 54 Linebrook Road, Ipswich. Burial with military honors will follow in the Cowles Memorial Cemetery at 29 Town Farm Road, Ipswich. Visiting hours will be Tuesday, December 27th from 4 p.m. until 6 p.m. at the Morris Funeral Home located at 45 North Main Street, Ipswich, where relatives and friends are respectfully invited. In lieu of flowers please make a donation in Roland’s memory to:   the Ipswich Council on Aging  25 Green Street  Ipswich, MA  01938.  To send a letter of condolence to Roland’s family please go to: MorrisFH.com.

To send flowers to the family or plant a tree in memory of Roland J. Poirier, please visit our floral store. 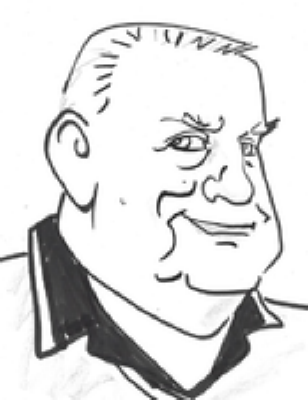