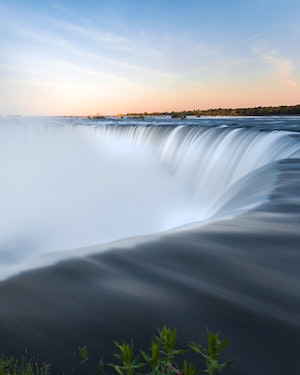 On Thursday, April 7, 2022, Sofia (Haritos) Nikas peacefully passed away at Anna Jaques Hospital in Newburyport. She was born on September 28, 1923 to Stella (Andrianopoulos) and George Haritos. She was predeceased by her husband, Nicholas Nikas and her daughter, Elizabeth Markos.

Sofia, a lifelong Ipswich resident, was an extremely social and cheerful woman who could easily strike up a conversation with a stranger and feel like she had made a new friend. She was a true people person. She enjoyed walking to downtown Ipswich, meeting friends for coffee, and visiting a few local businesses to chat with the shopkeepers.

Most of all, Sofia was all about family. Being married to Nicky (as she loved to call him) for over 50 years, they were devoted to each other. One of their favorite activities from the beginning of their relationship was dancing nearly every weekend in those post-WW 2 years. They could jitterbug and swing, and "cut a really smooth rug" together. Gatherings with Nick's large extended family were an important and integral part of their life together. In addition to major holidays, the in-laws and their children and other special friends would gather for picnics at the beach or at a lake in New Hampshire, at the annual summertime Greek festivals, and in various family members' and friends' homes. Visiting other relatives in the Boston area was also a regular occurrence. We will always remember the family gatherings where after dinner, the cards came out and the adults all played poker, while the cousins all played elsewhere. Those were the days!

Camping with their 3 children was an annual summertime event for Sofia and Nick, usually in New Hampshire. They were real "troopers", sleeping on cots in a huge canvas tent that seemed to weigh a ton. One year, they trekked to Niagara Falls in Canada. Although Sofia was a great cook and very organized, going out to breakfast for Canadian bacon ham was a great treat on that trip!

Sofia had other interests and talents as well. She was an accomplished knitter and seamstress. In the fall, Sofia and Nick would go hunting for a variety of pine cones for the Christmas wreaths she loved to make, some as large as three feet in diameter. She enjoyed working in the yard and garden, and keeping her home clean and uncluttered. Sofia loved the music of her era and always sang along, in tune. She was an excellent cook of traditional Greek foods, and always baked Greek desserts at every holiday.

When the children were older, Sofia and Nick enjoyed traveling...visiting Greece several times, visiting her sister in Texas, visiting their son in Alaska, and their daughter in California. After Nick passed away, Sofia continued to travel with the Ipswich Council on Aging on trips to Norway, Iceland, Italy and Bermuda. Staying socially involved through a variety of activities at the COA helped her through the difficult transition of being a widow. She also continued to stay active in the Greek Orthodox Church, which she loved... helping out at the annual summer picnics, bake sales, and decorations at Easter.

Being grandparents was a joy for Sofia and Nick, and they lavished love and attention on their four grandchildren. Again, it was all about family. They generously offered their help in many ways, and regularly expressed their love for each other and their family. Sofia developed dementia in the last six years of her life, but remained as cheerful and friendly as ever...she will be deeply missed..

Sofia is survived by her son, Greg and his life partner, Phyllis Sher; daughter, Martha and her husband, Larry Andrus; grandchildren Ehrin Andrus, Ian Andrus, Daniel Markos, and Amanda Markos; her son-in-law, Dana Markos; her goddaughter, Diane Mitchell; and her former daughter-in-law, Sue Bosco, as well as many nieces and nephews.

A funeral service will be held Friday April 15th. at 10:00 A.M.  at the Assumption of the Virgin Mary Greek Orthodox Church  8 Lafayette Road, Ipswich.  Burial to follow in the Cowles Memorial Cemetery  29 Town Farm Road, Ipswich.  Visiting hours will be Thursday April 14th.  from 6:00 to 8:00 P.M. in the Morris Funeral Home  45 North Main Street, Ipswich.  The family has requested that all who attend the visiting hours must wear a facial covering.  In lieu of flowers donations may be made to:  MA Alzheimer’s Disease Research Center  114 16th. Street #2011  Mass General Hospital  Charlestown, MA  02129.  To send a letter of condolence to the Nikas family please go to:  MorrisFH.com .

To send flowers to the family or plant a tree in memory of Sofia, please visit our floral store.