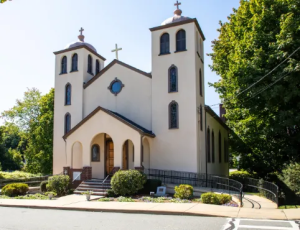 Stella (Pappalimberis) Galanis of Ipswich, died peacefully on Monday  March 21, 2022  at the age of 101 surrounded by her loving family.

Born in Ipswich, she was the daughter of the late Peter and Marini (Zacharakis) Pappalimberis.

Stella is survived by her devoted daughter, Elaine Kaszuba and her husband Andrew and her son  John Galanis and his wife Chandra and her beloved grandchildren:  Peter Galanis and his wife Selena, Jason Galanis, Derek Galanis, Jared Galanis, Jessie Galanis and his wife Alex and her granddaughters:  Alexa Strauch and her husband Hans and Dina Ward and her fiancé Tyler Stavros, and Johanna Aggelakis, along with their children and grandchildren.  She was predeceased by her beloved daughter, Marina “Chickie” Aggelakis and her grandson, Dimitri Aggelakis, as well as her former husband Peter J. Galanis.  She is also survived by a sister, Helen Steele and cousins, nieces, nephews, grandnieces, grandnephews and friends.  She was predeceased by her sisters:  Sophie Georgeopoulos, Olga Pappalimberis and Constance Markos and her brothers:  George and Louis Pappalimberis.

She was deeply devoted to her faith as a lifelong member of the Assumption of the Virgin Mary Greek Orthodox Church.  In 2010, Stella was the recipient of The Archbishop Iakovos Distinguished Service Award for 70+ years of service in the church choir.  Stella was a member of The Melissa Society, as well as the Logganiko Society.

The family wishes to thank all of those who helped care for Stella in her final months at the Ledgewood Rehabilitation and Skilled Nursing Center in the “Cove” where she was surrounded everyday by love.

To send flowers to the family or plant a tree in memory of Stella, please visit our floral store.